Oh no, it’s not time travel again, is it?

No, time travel would be much easier to talk about.

So about 80 years ago, was World War II. Why talk about that now?

I watched the movie, “The Pianist” yesterday. Set in the Warsaw ghetto, = witness the survival of the Jewish pianist against all odds. The cruelty and death in the ghetto foreshadow our world today. As I watched, I just kept thinking/feeling, the horror over and over, the horror. And so in 80 years only the targets of hate and fear have changed. Muslims, Syrians, refugees, people from “shithole” countries are not welcome here. Many Syrian cities are rubble. Those who can get out are fleeing, some with nothing more then the clothes they are wearing. Just as we stood by while Hitler and his henchmen murdered the Jews, we have done little to stop Bashar al Assad from murdering innocents. The world is still a dark place for so many. I can’t say anymore about it.

It’s so terrible; in truth it was very hard to watch the movie. I had to watch, I think we all should be reminded not to forget history. Although it’s in the history books (except holocaust deniers), it doesn’t seem we learned how to avoid being cruel and hateful human beings.

Yeah, that’s right now what? You’ve got the “machine” all tricked out; what you gonna do with all that power?

Going back to some tutorials for Blender. I was making progress last spring, before my dad went on the downhill slide. Too much time has gone by for this old mind, and I’ll have to begin again! Downloaded the current version yesterday, and so begins the play. 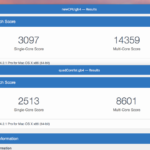